Turnover in the parts & accessories segment came in almost 20% higher at € 267.4 million last year (2014: € 224.3 million), largely on the back of the acquisitions of Comet and CSN. Organic turnover growth was 7%. The turnover of Accell Group’s own brands (mainly XLC) was up by 10%. XLC is growing rapidly and the company’s products are sold in more than 45 countries across the world via the existing dealer network of bicycle and sports stores. Accell Group has strong positions, especially in the Netherlands, Belgium, Germany, France, Spain, Italy, the United Kingdom, Turkey and Scandinavia. Sales were up in virtually all European countries where Accell Group is active. The segment result came in 46% higher at € 16.8 million last year (2014: € 11.5 million).

In the Netherlands and Germany, turnover increased by 7% and 11% respectively, with all of this growth organic. Germany, which accounts for around 22% of turnover, is Accell Group’s largest market for accessories, followed by the Netherlands with around 17%. In the Netherlands, turnover was up on the back of an increase in turnover in e-bike parts, such as batteries. In North America, turnover in parts & accessories declined in US dollars. Various parts suppliers have decided distribute their products to dealers directly and that has resulted in lower turnover and a strong reduction of the number of national brands on offer. A warehouse for parts has been closed down and the parts are now distributed from two warehouses to improve cost efficiency and working capital.

Other European countries and other countries

In Other European countries, turnover was 34%`higher last year. This includes the consolidated full-year turnover from the acquisitions Comet and CSN. Turnover in France increased and Accell is active in that country via both Comet and Wiener Bike Parts. Parts turnover in the United Kingdom declined due to competition from online sales channels. In Spain, Comet managed to bolster its position in the market. Sales of parts in other countries, mostly in Asia, are limited. 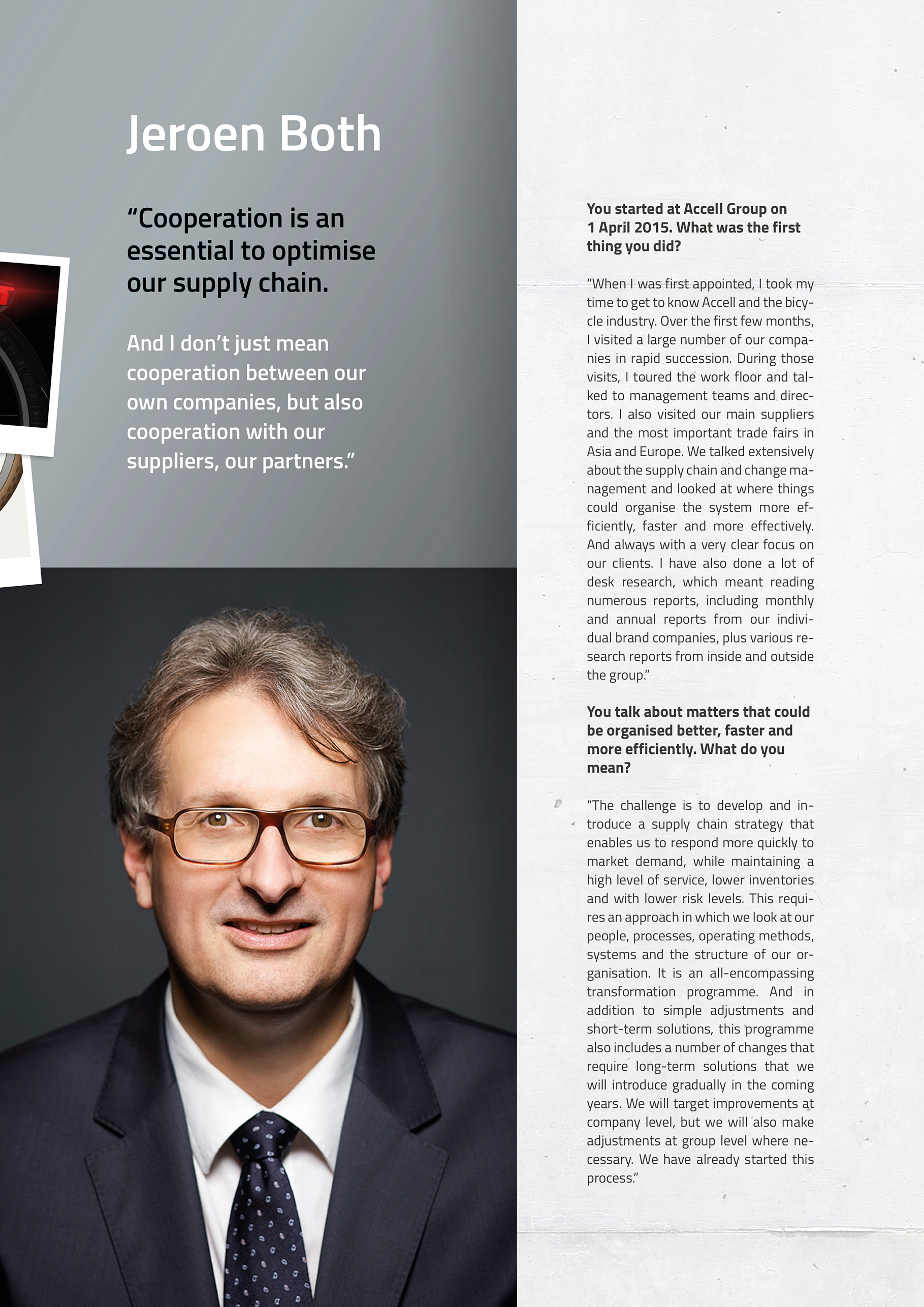 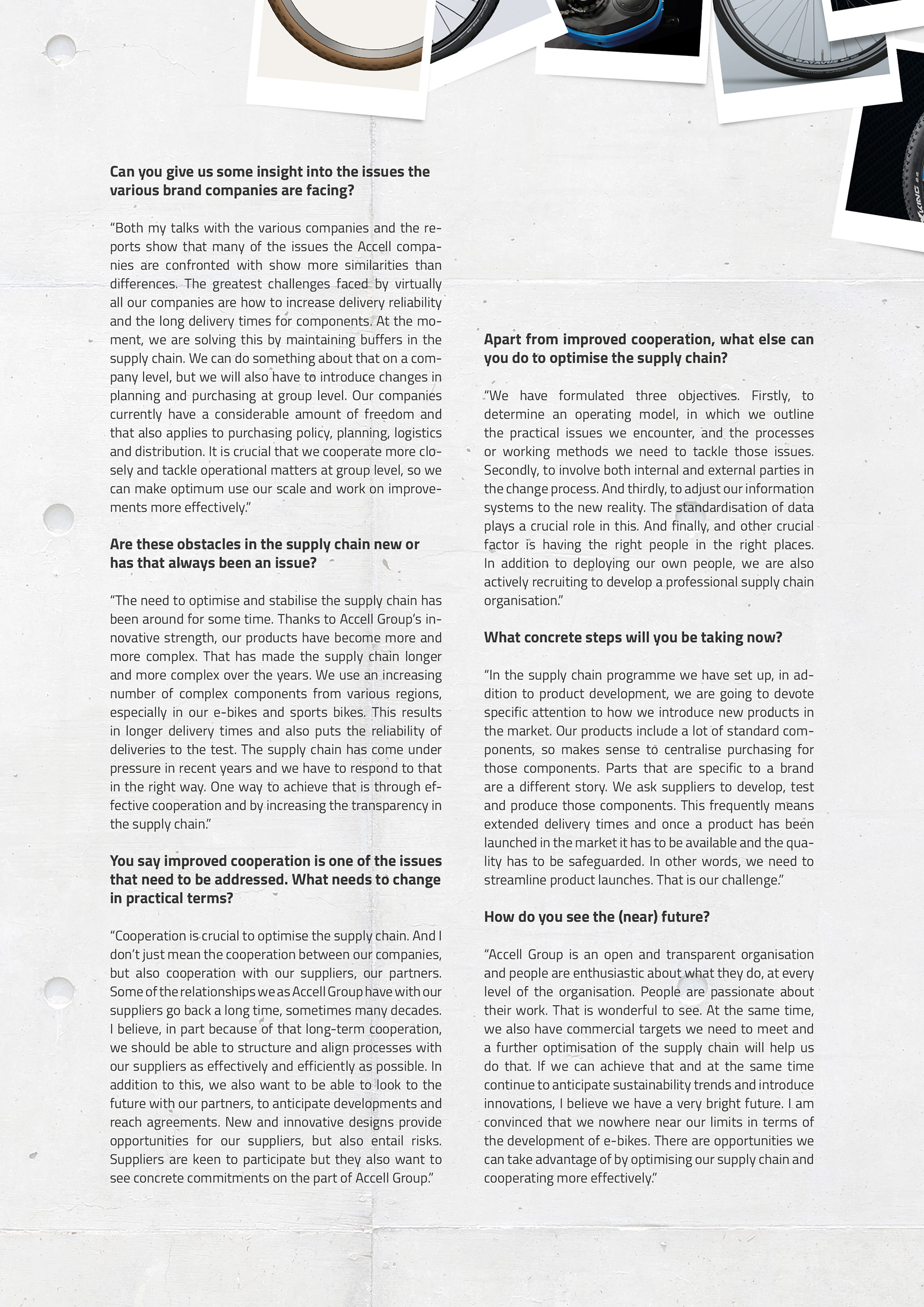